Mittal Group was founded in 1907 by late Mr. Gangaram Mittal. Six generations of the family have transformed a small Brass mill into India’s largest manufacturer of Cases, Tubes, Cups, Coin Blanks, Medals, Strips and Foils. Mittal Appliances has an A- credit rating and is a 5-star export house.

We are driven by ethics and committed to deliver value to our customers. We believe in honesty, integrity and transparency, enabling a mutually beneficial and long-lasting relationship with our customers. We are committed and responsible towards sustainability and betterment of the society. 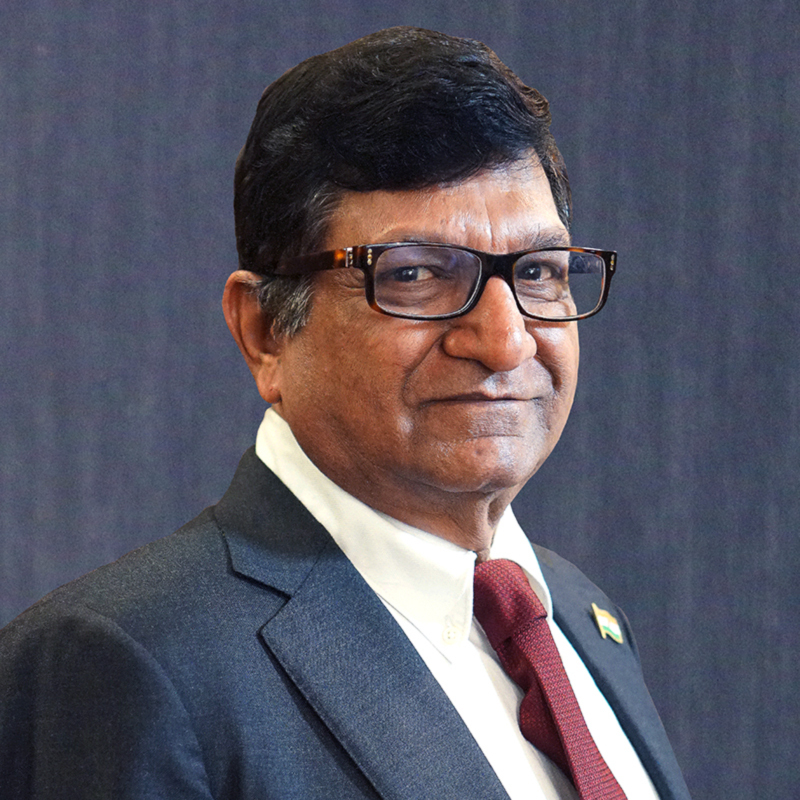 Mr. Mittal has been the Chairman of the Mittal Group since 1974. He has also been the Chairman of major Mittal companies, including Mittal Appliances Limited and Mittal Coin Private Limited. During his tenure, the Group’s revenues grew almost 500 times, totalling over $130 million in 2021-22.

Having more than 5 decades of experience in ferrous and non-ferrous manufacturing industries, Mr. Dinesh Mittal has pioneered India’s private-sector foray into manufacture of Cupro-Nickel strips, coils, and coin-blanks for currency coinage. This foray of Mittal Group into coinage has supported the creation of a 'Made in India' backbone for the Indian economy since 1989. Mr. Mittal’s thorough knowledge of international metal markets and his experience has helped the Group in scaling new heights.

Mr. Mittal joined the Mittal Group in 1970, immediately after graduation. After serving in various companies of the Group, in various sectors namely trading, Aluminium manufacturing, and Stainless Steel Manufacturing, he had set-up Mittal Appliances Limited in 1987, where he spearheaded Group’s foray into coinage - first with Aluminium strips for Indian coins and then with Cupro-Nickel strips also for India Government Mints.

Mr. Mittal received a B.Sc. degree in 1970, and started working at the Mittal Group immediately upon graduation. However, he continued studying alongside, earning an M. A. degree and an L.L.B. degree in the 1970s. He completed the M.B.A. program at the D.A.V.V. Indore.

Mr. Dinesh Mittal is also actively involved in various industry associations such as the Metal Recycling Association of India (MRAI). He is the Chairman of the Mittal Trusts which work in several areas of community development. He serves as the President, Board Member, Trustee and Patron, in various social and charitable organisations including Shree Ayurvedik Bramhachryashram Trust, Shree Annapurna Ashram Trust, Maharaja Agrasen Parmarthik Nyas, Geeta Bhavan Trust, Friends of Tribal Society and the Deedwana Panchayat. 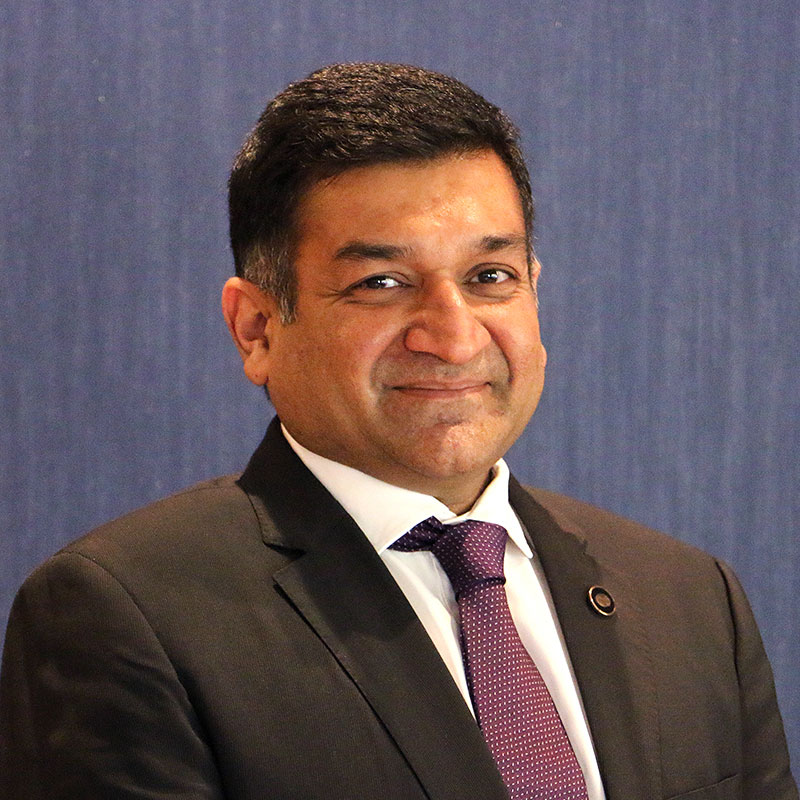 Anshul Mittal is the Executive Director of Mittal Appliances Limited (MAL), the flagship company of Mittal Group - history of which dates back to 116 years in the business of non-ferrous metals in Central India.

Anshul Mittal is the Executive Director of Mittal Appliances Limited (MAL), the flagship company of Mittal Group - history of which dates back to 115 years in the business of non-ferrous metals in Central India. Mittal Appliances is the leading manufacturer of currency coin-blanks in India and the largest supplier of coin-blanks to India Government Mints for ₹20, ₹10 and ₹5 coins, with supplies of over 7 billion coin-blanks till date.

In this process, Anshul helped set-up India’s largest private-sector coin-blanks manufacturing facility with world-class equipment. He has been able to successfully maintain Mittal Appliances Limited’s leadership position in the Indian coinage industry and has also positioned the Group strongly in the highly coveted club of global coin-blanks manufacturers. Under his lead, the Group has taken strides in joining hands with Royal Canadian Mint (world’s largest mint) to supply minted coins & coin-blanks to some of the most prestigious mints across the world. The company is the first in the country to export ready-to-circulate currency coins to Thailand and Dominican Republic.

His knowledge in high-quality manufacturing has given him the vigour to excel in his area and contribute in scaling up the family business to reach new levels. During the period, the turnover of the Group grew multi-fold to over ₹1,000 crore (US$ 125 mn).

He has set-up a new manufacturing facility in Pithampur in 2017 for manufacturing of Copper alloy rolled products and coin-blanks with a capacity of 8,000 tonnes per annum. He has also diversified the Group’s business into Copper foils and Cartridge Case cups, cases and tubes for small arm ammunition, with an annual capacity of 500 million pcs. Under his leadership, we are now a trusted supplier to the Ordnance Factories and to various leading ammunition makers across the globe.

Anshul is associated with Confederation of Indian Industry (CII) for past many years. He had been the Chairman of MP State Council and is now a member of the Western Regional Council. He has also been part of various committees of CII. He is currently the President of Entrepreneurs’ Organisation (EO), Indore Chapter. He has served on the board of EO for 8 years.

Anshul graduated in 1999 from the Purdue University, USA, in Bachelor of Science (Industrial Engineering), summa-cum-laude, and completed his training with OTIS Elevators, U.S.A. After completing his studies and training, the young, talented and enthusiastic Anshul joined the family business in the year 1999. With his in-depth technical knowledge and passion for excellence, he initiated the company’s forward integration in manufacturing coin -blanks and commissioned a state-of-the-art, ISO certified plant for manufacturing Copper Alloy Coin-Blanks and Coils. Anshul completed his schooling from The Daly College, Indore, India. He lives with his wife Shweta, son Arnav, and the family, in Indore. 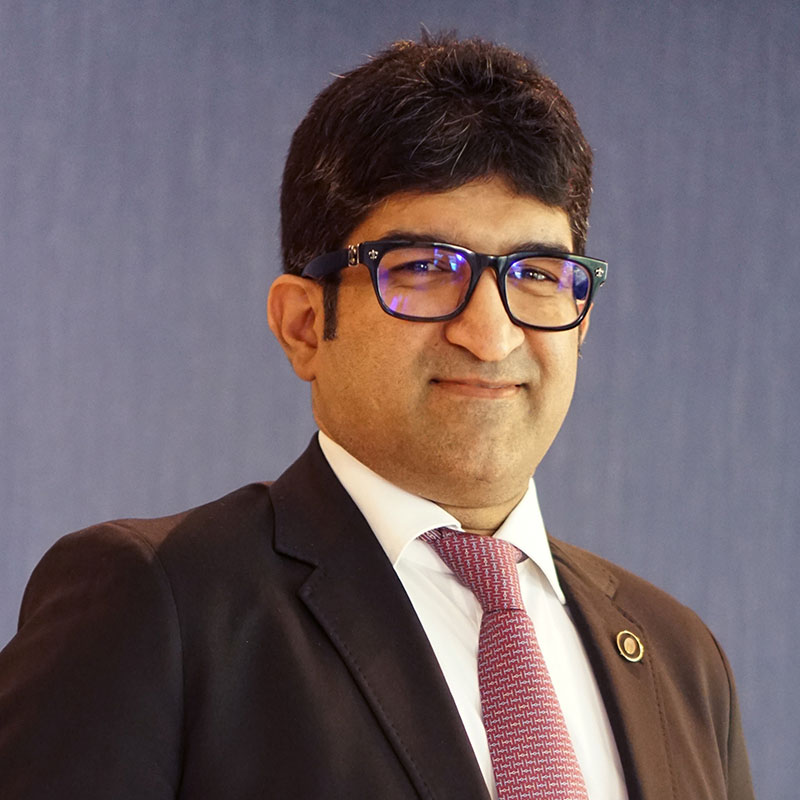 Ankit D. Mittal is the Director-in-charge at Mittal Coin Private Limited (MCPL), where he focuses on new product development, sales & marketing, and accounts & finance. MCPL is a group company of the Mittal Group, based in Indore, Central India, since 1907. Mittal Group is the largest supplier of ₹20, ₹10 and ₹5 coin-blanks to the India Government Mints, with supplies of over 55,000 tons (7 billion pcs.), and over 94,000 tons of combined coinage materials to all mints worldwide, till date. Group’s annual production capacity is 24,000 tons of Copper alloys, with sales turnover of approximately ₹1,000 crore (US$ 125 mn).

In addition to his professional career at Mittal Group, Ankit has been actively involved in the nation-building organisation Yi (Young Indians) and has served in various capacities such as Chairman of Indore Chapter, National Chair – Branding & Communications, National Chair - International Engagements, Western Region Chair, and member of the National Management Team. Ankit has had the opportunity to serve as the India Sherpa at the G20 Young Entrepreneurs Alliance, and the Strategic Planning Committee Sherpa at the G20 YEA. In India’s premier business association, CII, Ankit has been a member of CII FBN NextGen Committee, member of the International Council, and Chairman, CII MP Startup & Innovation Panel. He remains actively involved in social welfare projects like plantation, water conservation, healthcare, etc.

Ankit received his Masters of Science degree in Management from Bayes Business School (previously Cass), City University, London, U.K. in 2005. He completed undergraduate studies at the De Montfort University, U.K., with the B.A. (Hons.) degree in Business Administration. He has also studied a middle management programme from Indian Institute of Management (IIM), Ahmedabad, India, and has done his schooling at the Daly College, India. Ankit lives with his family in Indore. 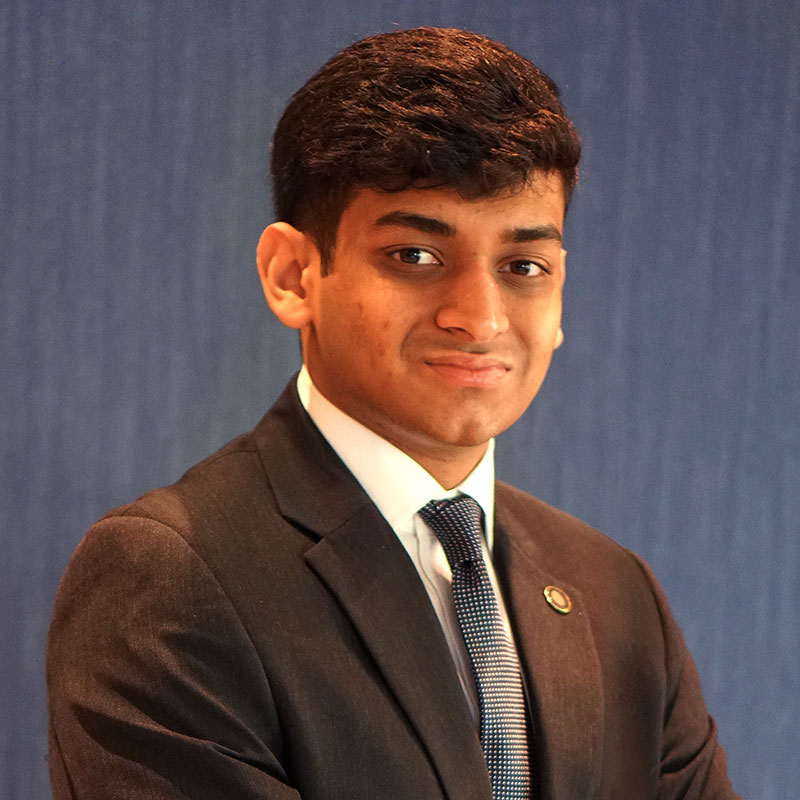 Arnav Mittal is leading Mittal group’s digitization and Industry 4.0 initiatives. He has also played a key role in the selection of key quality equipment to improve data accuracy and reliability.

Furthermore, he is working to market Mittal Group’s products to the United States. He started working at Mittal Group in 2019 and represents the sixth generation of the Mittal family.

Arnav is currently studying at the University of Michigan pursuing a degree in Computer Science through the school of engineering. He completed his high school education at Sevenoaks School in England and also studied at The Daly College, Indore. He is also deeply interested in giving back and often works with the Mittal Foundation in its efforts. 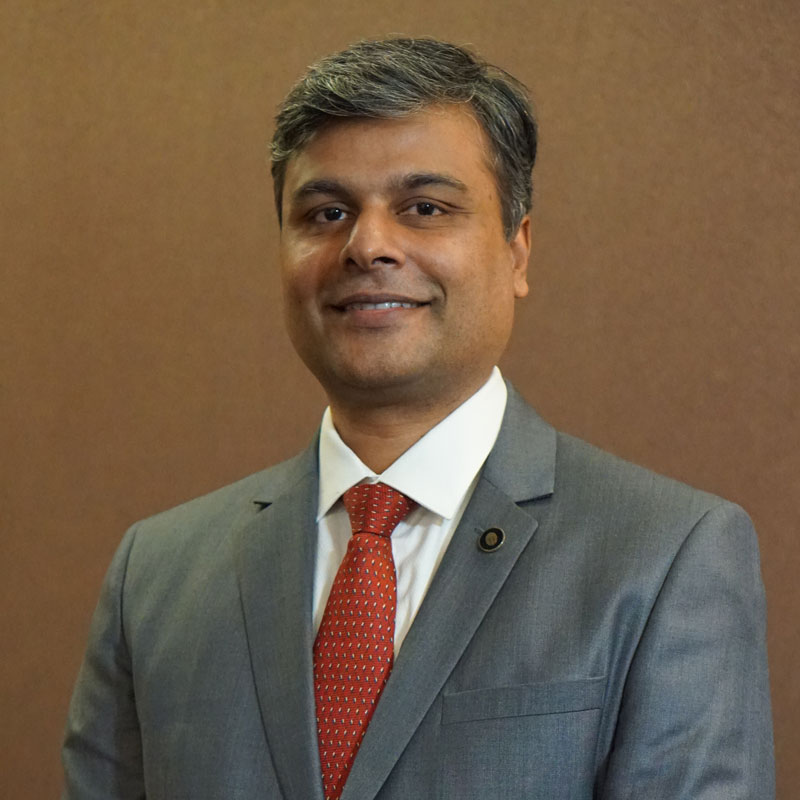 His focus in Mittal Group is to build strategic capabilities that create competitive edge and to achieve industry leading customer service levels, quality and operational efficiencies through adoption of technology and world-class management practices. He has worked closely with Business Owners & Senior management teams in over 25 different organizations and helped achieve breakthrough results - Sales, Throughput, Quality improvements and Cost reduction.

He has a passion for conducting in-depth business analysis to identify critical problems to solve, uses a blend of different methodologies like Lean, Six-sigma, Theory of Constraints to find solutions, develops detailed execution plans and management systems and implements them with discipline using effective change management strategies. 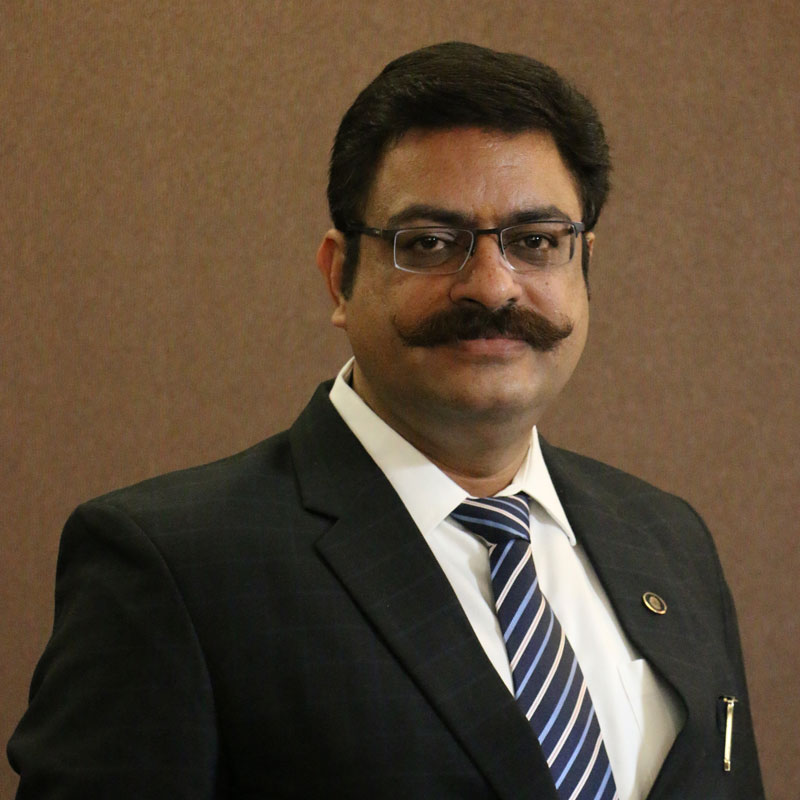 A veteran in the field of non-ferrous marketing serving the coinage and defense industries across the globe for more than 2 decades and holding a masters degree in International business. 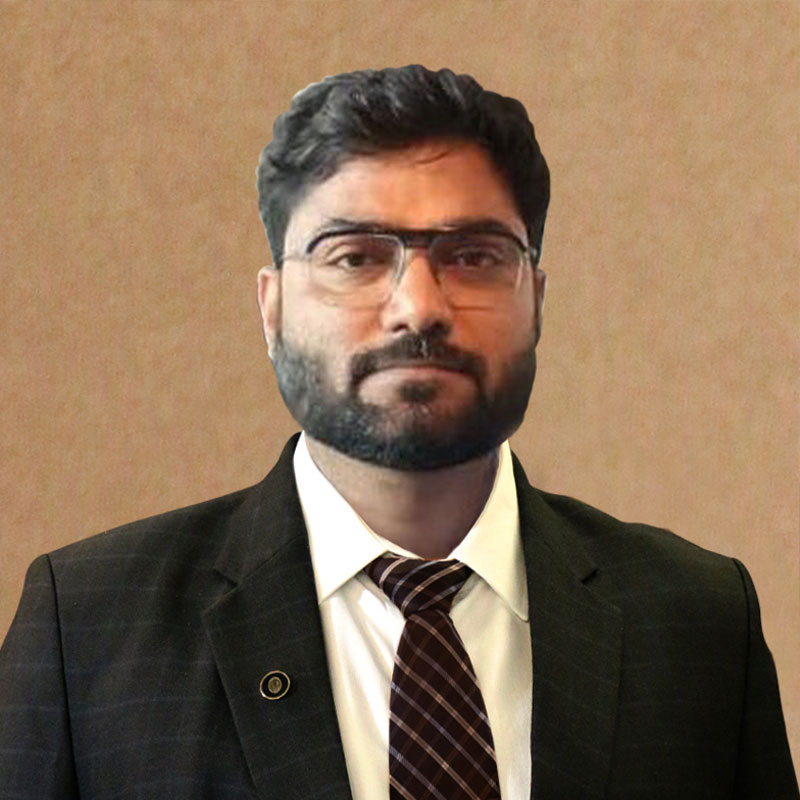 He has innovative problem-solving approach for timely execution of operations with vast exposure and understanding of non-ferrous metals. His expertise in implementing changes to machinery and equipment, production system 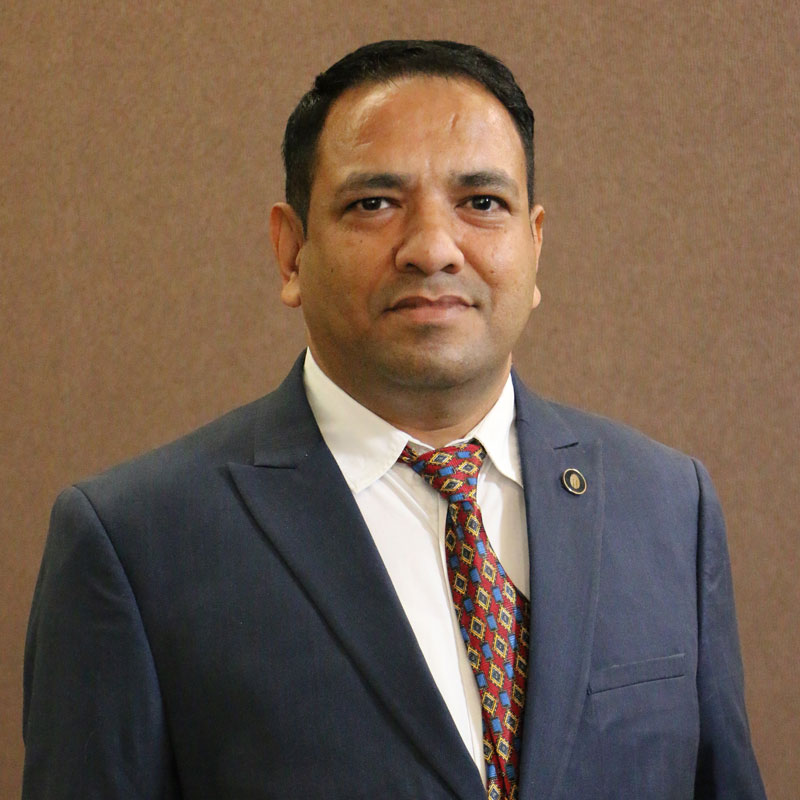 Nilesh Jain completed his post-graduation in Accounts and Taxation after which he joined the group in the year 2001. He has also completed an MBA in Supply Chain Management.

Nilesh Jain completed his post-graduation in Accounts and Taxation after which he joined the group in the year 2001. He has also completed an MBA in Supply Chain Management.

Using his in-depth commercial knowledge, he is looking after group’s Accounts, Cost, Import, Export, Administration and Raw Material Purchases. He is a strategic specialist with 20+ years of experience in material sourcing and procurement.

His expertise lies in identifying the right suppliers, timely fulfillment of inventory, building strategic relationships with suppliers, and managing the entire supply chain smoothly. He is actively looking to build long term mutually beneficial relationships with reputed nonferrous metal suppliers both in India and globally. 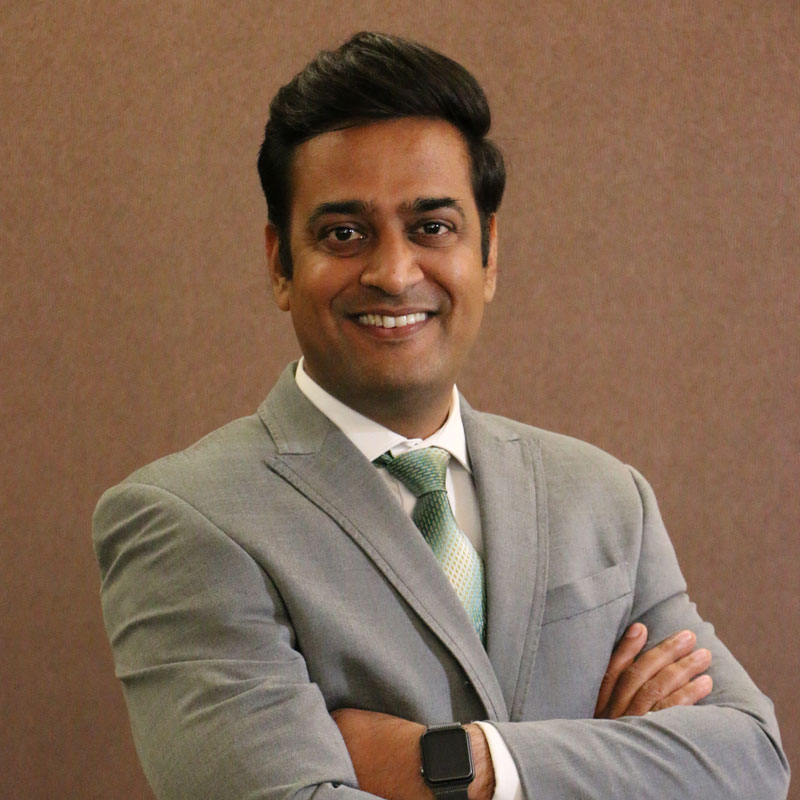 Being the head of the Human resource department, he has always tried to display integrity. Honesty and frankness are the hallmarks of his entire career. He has the ability to make quick decisions.

Being the head of the Human resource department, he has always tried to display integrity. Honesty and frankness are the hallmarks of his entire career. He has the ability to make quick decisions.

A Law Graduate from DAVV Indore, B.Com (Computers) from Vikram University, Ujjain and MBA from DAVV, Indore & PG Diploma in HRD from DAVV, Indore. His focus is to keep people motivated and encourage them to use their skills for the overall good of the Organization